It's been quite a while since my last update and I apologize for this blog becoming so sparsely updated. I haven't had as much time as I'd like to peruse trends on the Chinese Internet and so a lot of stories have been slipping under my radar.

A few weeks ago, a 22-year-old girl named Alicia Ann Lynch from Michigan tweeted and shared a photo of herself dressed up as a Boston Marathon bombing victim for Halloween. All judgement and poor-taste aside, what interests me about the story is the backlash she received and the exact similarities it holds against HFS cases in China. 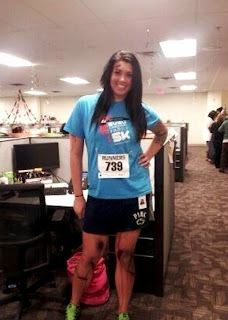 As with HFS searches in China, American netizens used her social networking accounts to gather information about the young girl. Having discovered a photo of her driver's license, netizens were able to discern her address. Within days netizens found nude photos of her and shared all of that around the internet.

Netizens then took to the comments section of an article about the girl's poor decision to share her address and the names of her employer. The girl closed all of her social media accounts in an effort to evade netizens, but that was in vain. She reopened her account briefly to tell that she had lost her job.

As with cases of HFS in China, while most netizens spoke out against Lynch, there were many who also advocated against the wave of cyber-bullying and shaming that shook the story.

What this shows is that while the internet in America is significantly smaller than that of China, human flesh searches, or crowd-sourcing movements as they're more commonly referred to in the US, can be just as dangerous and common. 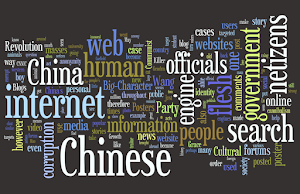 What is Human Flesh Search?

Human Flesh Search (HFS) is a recent, unique phenomenon on the Chinese internet. Comprising thousands of forum, entertainment, and social media websites and mobilizing the overwhelming number of Chinese internet users, HFS is able to quickly find obscure information and identify seemingly anonymous internet personalities. Through clever investigative work, online vigilantes hunt down an individual's identity with the goal of bringing about "justice" - often getting the individual fired, shamed, or simply punished. Those exposed through the search engine lose all anonymity, with personal information displayed to people all over the world. On the other hand, those who seek and reveal this information have the luxury to hide behind aliases. As the internet in China continues to expand and become accessible to a wider net of the Chinese population, it is argued that the power of HFS will need to be reined in.

If you would like to contact me for any reason, or have come across a relevant article or piece of research on the subject matter, please feel free to e-mail me.
Email: vincentcapone@gmail.com
----------------------
This blog is used solely for the purpose of extending my academic research beyond conventional means and to keep readers and myself up to date with the evolution and growth in the academic subject matter. No material is used for commercial gain.
If you feel something is posted on this blog that shouldn't be, or you feel that the blog author has infringed on copyright then please e-mail the address above to have the content taken down.